Old people are awesome.   They’ve lived through times in our country that many of us have only read about. They’ve witnessed history; they’ve experienced amazing changes and witnessed unspeakable horrors. They’ve also witnessed moments of our country’s – indeed, our world’s – greatest joys and greatest sorrows. 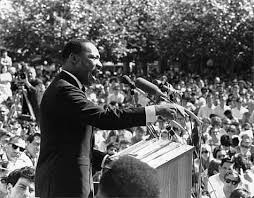 Our old people are one of our greatest gifts.  They’ve experienced everything the younger generations have, and more.  I know, none of us want to think about Grandma getting down and dirty, but you can bet she did, she just has the courtesy to keep us guessing about it.

One of my favorite kick-ass ladies shared with me her amazing pound cake recipe  – and, I   lost it – probably when I moved out of the house I lived in for 6 whole weeks with an absolute Neanderthal (he was Italian (ish) , and from New Jersey.  Two things that are automatic disqualifiers now.).

It took me almost 14 years to get that recipe back thanks to my friend who is her grandson (he’s pretty kick-ass too, and you can follow him on Twitter if you like: @Kardon30).

My latest recipe adventure (#recipeadventure) involved baking her pound cake – still the best I’ve ever had. I decided to pit her recipe against others, and the Twitter community responded.  Not overwhelmingly, but enough that there was some competition.

Let me say, making pound cakes (four, actually) is no small feat.  The first I made was from a Twitter friend, involved sifting flour, and 5 eggs.  I have no idea what I did wrong, but it did not turn out well. At all. For some unknown reason, it came out doughy – not quite cooked in the center, and I baked it for more than 90 minutes.  I must’ve been distracted by something good.

I moved on to cake number two (the aforementioned favorite) – and it involved six eggs, each beaten for a full minute before incorporating the next.

The third cake I made was a much simpler recipe, also from someone on Twitter (who I knew a thousand years ago).

My favorite is still my friend’s grandmother’s – it’s moist, has a crisp crust, and is just pure in flavor.

My second favorite (and also the favorite of one of my taste-testers) was cake number one – I stayed up until the wee hours making it a second time round – and resifting all that damn flour (I really need a sifter) – and it came out beautifully, really. Gorgeous golden crust, lovely color.  But, it wasn’t as dense or moist as the first.

Don’t misunderstand, both cakes were heavenly. And maybe I ‘m biased…

Cake three, the simplest of the three, also had a vote for favorite from my second tester – a coworker – she liked the crust on this cake the best.  The consistency of it was her favorite.

So, there was a three-way tie.  I sought out a few guys to taste the cakes. Their verdict? They all tasted the same.

So – the actual verdict is that all three cakes were great in different ways.  I have my favorite, and am happy to have tried the other recipes, and am grateful to those who shared their recipes.

You know something else great about old people? Manners.  Civility.

From time to time I have to spend a few days with some people I’d rather not spend time with.

All I will say is this: Not all Texans are gentlemen, and if you are a Canadian who lives in Quebec, or otherwise is French-Canadian, you should know that you are not *actually* French.  I know, it can be confusing.  And, lots of people wish they were from France.

Every now and then the Texan and I talk food.  That’s when he has my true attention.  He described a side dish that definitely has piqued my interest:  Grilled peaches with blue cheese.  Interesting right?

Slice peaches in half, brush with butter, place face-down on a grill (a griddle pan would probably work too).

Put a dollop of good quality, soft blue cheese in the center (where the pit was) of the peach, and continue to grill face up until the cheese is hot and melty.

I’m sure they would be yummy with some crumbled walnuts, or drizzled with some port.

So, I really appreciate hearing about new things he cooks, but beyond that, I think he tries to be a gentleman, but unfortunately he sometimes misses the mark.  He is only human, after all. But, he certainly doesn’t need to impress me.  (I don’t think he could, though, even if he did try.)

Much like the yahoo who claims I’ve given him my phone number.

I got a series of texts the other day, some not so subtly asking if I wanted to get together for some  “drama-free, no-strings-attached fun.”  The problem? I have no idea who this person was. No clue.

I asked his name, and coincidentally, he shares the exact name as a professional athlete (not that I knew, I googled him of course).   Where did I give him my number? He couldn’t remember.  First he said I gave it to him while I was out in a part of town I never go out in. Then he said I was drunk at the time. Then he said it was at another location – one which I’ve been to only once, and I was on a date at the time. I asked for a photo, hoping to jog my memory. I *must* have been drinking to give him my number.

I declined his offer for “drama free fun” and he texted me again this morning.   Why? I didn’t text back.  He texts me again and I’m blocking him.  Or, tweeting his number for all of you to have fun with.

I think some unsavory cretin from my past (I’m very nearly of a mind to name names) gave this guy my number. I can’t imagine how on else he’d have it.

Tell me, guys, what is it that makes you think you’re so invincible, so irresistible that we’re DYING for you to ask us to be readily available for “no-strings-attached, drama-free fun.”  Really?   If I wanted that, I’d ask YOU for it. And, I’d remember giving you my number.

If I did give this lech my digits, some nerve he had waiting months (so he says) to use them.

So, kind of a weird post, I know, but man – sometimes I long for the days of yesteryear, when a good pound cake was a satisfying end to a meal, or a way to soothe a broken heart, or cheer up a neighbor.  The days when no man would approach a lady in such a gross way (hello? At least be attractive, and at least be someone I’m interested in. Geez.), and the days when gentlemen were gentle men.

As I tweeted this week, manners are hot.

So, learn some,  practice some, and go forth and woo.