I am opinionated.  I don’t much care who knows it.  If you know me in “real” life, you are quite aware of both of these points.

I love food. I am not the most talented cook – but I love to feed people, I love to eat good food, and I care about it.  I care about the ritual of eating food, of sharing food, and the pure joy of food, with others.

I appreciate people who also care about food, and who really enjoy sharing the beauty of food, the comradery pf breaking bread and sharing the special kind of bliss that good food and good company create.

But back to the “opinionated” part.   Some of you might take offense to what I think of some of my fellow “foodies”. Well. If so, you know how to use the “unsubscribe” or “unfollow” button, if you so choose.

I attended my first foodie tweetup this week.  Let’s just say, I expected more grace from you people.

Foodie, as defined by Urbandictionary.com:

1.  “Foodie: A person that spends a keen amount of attention and energy on knowing the ingredients of food, the proper preparation of food, and finds great enjoyment in top-notch ingredients and exemplary preparation.
A foodie is not necessarily a food snob, only enjoying delicacies and/or food items difficult to obtain and/or expensive foods; though, that is a variety of foodie. ”

2. “Foodie: A douchebag who likes food.”

Foodie, as defined by Wikipedia:

“Foodie is an informal term for a particular class of aficionado of food and drink.  …gourmets are epicures of refined taste, whereas foodies are amateurs who simply love food for consumption, study, preparation, and news. Gourmets simply want to eat the best food, whereas foodies want to learn everything about food, both the best and the ordinary, and about the science, industry, and personalities surrounding food…”

Maybe I’ve been mis-labelling myself.   Maybe I’m not a foodie.  Maybe I’m striving toward being a Gourmet.

Warning: harsh, blanketing judgment based on observation and very little interviews or fact gathering ahead.

I hear there was an actual menu for this tweetup. Rumor has it there burgers, and bruschetta. I saw some burgers, from across the room.   So, of course, I got off my tushy to sample the fare I’d paid good money for and driven out of my way to try.  I heard – from fellow tweeps – that those burgers were good, but I have no idea if they were.

Y’all are some greedy bastards.

Really? Your $8 entitled you to 2 or 3 burgers on your plate at once ( I saw you, don’t bother trying to lie), while some people had none? By the time I walked the ten or fifteen steps to the table where the platters of burgers (or bruschetta) were, well, they were gone.

I should have snatched one from the plate of the guy who had more than his share.

I arrived at the tweetup a few minutes late (sorreeee, I had to actually work).  When I arrived, the gracious hostesses were there to meet me with a pleasant smile, and some happy guidance to grab a plate and mingle.   Apparently people don’t often come to these alone (even though the point is to meet people, other people who love food). The people I saw standing alone (because there wasn’t anywhere to sit) were inhaling their $8 food, not making eye contact, not stopping to breathe. Clearly, those were the experienced tweetup attendees.  Unlike me, who tried to smile and look civilized while squeezing between people. What did all that time smiling and ordering a glass of Pinot get me?

Pissed off, that’s what.

If I’m honest, I’d had kind of a crap day – I spent most of it with agonizing headache that rendered me nearly incapable of staying upright.   Don’t be fooled – that’s not where my bitchiness comes from.  But I was more than a little appalled at the behavior of my fellow food lovers. It was as though these people scraped together their last $8 and intended to store up fat for the winter on that dollar amount.

If that was your goal because you don’t want to spend money, or can’t spend money, on food for the next 4 months, then you are excused and you have some leeway for being a rude glutton.

But, everyone else? Seriously.  I was mortified.   Where was the community? Where were the manners your mother should have taught you? Did you not see that there were actually other people at the venue, who also paid good money to try the same food – the food that you doubled up on because you were hungry, and of course, your stomach is certainly much more important than everyone else who might want to taste the fare?

Rest assured, most of you will not be invited to my parties.  Instead I will choose to mingle with food lovers who seem to have some decorum and really care about food (not just the mere act of ingesting it), as well as the people they’re *sharing* (operative word) that food with – I have met a few of these such kindred spirits already this year – also via Twitter – and so, I can say that some people love food, some people love eating.  There is a true difference.

The tweetup venue was at a restaurant in north Raleigh (Fork and Barrel).  I’d never been there (well, I’m new to Raleigh and apparently Fork and Barrel is too (relatively)).

The menu for this event was appropriately autumnal:

Either this wasn’t very popular, or the kitchen made a surplus, because I had some.  I would wager a guess that these were from sweet potatoes, but please don’t quote me, early in the evening I was adapting to my surroundings, fight or flight, and really wanted something on my tongue, so inbetween elbow jabs I managed to have some. The gorgonzola dip was nice – and I normally don’t care for gongonzola.

This was one of the items I saw from across the room, but never tasted.  I love beets almost as much as I love tomatoes, but the beet bruschetta doesn’t seem to be on the regular menu – I might go back simply to beg, borrow or bargain my way to a plate of these.  I really wanted to try them. They looked good.

I won’t tell you how ticked I was to have missed these.  Hey, guy who had three on his plate – thanks.  I hope that cricket on your shoulder yells at you all. night. long.

Luckily for me, this item is on the regular menu, which I will be back to sample. 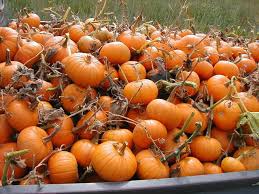 This  I actually got to try, and that was only because I happened to be speaking to someone I knew while the hollowed-out pumpkins were presented.  The chili was nice, I loved that there were nice crunchy pumpkin seeds as a part of the mix.  the chevre was a nice balance to the slightly spicy chili.  It wasn’t the most amazing food I’ve eaten, but I liked it.

After fighting a blood-thirsty crowd twice, only to arrive at empty platters and unapologetic gluttons, I became sufficiently impatient and decided to order off the menu.   I ordered the turkey burger, and was pleasantly surprised to find that it was simple, not over-done.  It wasn’t the best turkey burger I’ve ever had, but I did very much like the Granny Smith apples and brie on the burger. The fries were yum, too (more than I could eat, but still, yum).

So, I didn’t know it at the time, but apparently I met one of the owners – in fact, he served up my Pinot – and it was he (Danny) who caught me tweeting about the event (at the time, I was exclaiming over the apple and brie on my burger – true story), and listened as I said that I likely wouldn’t come to another foodie tweetup, but that I would absolutely come back to Fork and Barrel.  I like that a restaurateur listened and appeared to give a crap about one of his customers’ opinions.  It’s largely because of that (and meeting the chef, Chris, as well) that makes me want to go back.

Thanks, Danny and Chris for trying to keep up with the swarm of gorging piranhas, and for being a tangible part of your restaurant. I didn’t anticipate writing about this restaurant, but when one is so grossly disappointed by people who should have some level of civility and manners, one tends to appreciate those who exhibit some good qualities.

To everyone else – well, thanks for being part of the reason that the world keeps spinning.

The burger was hot, the Pinot and stella satisfying, it was pretty cool to put a face to some of the twitter handles, and on the way home, I heard some pretty  good  tunes.

I’m not sure I made many friends tonight, but that’s not why I love food.   I’m picky, some even call me a food snob (which I take as a compliment, even if it’s not totally true) and I’m totally fine with that.

Keep it hot ( and remember, manners are sexy!).