Some of you may have noticed that I’ve been absent for a little while.  You may have even missed me.

Hell, I missed me.

The last couple of months have been tumultuous.  There were some tears, there were a few laughs, there was a little bit of cooking (not enough).  There were really annoying, distasteful 20-somethings. There were sketchy 40-somethings (I tweeted about him, but he may be reading, so mum’s the word.).

There was not a lot of sleep. I got really sick twice (stress, no doubt), and well, lots of crummy stuff happenend.

I’m back now, let’s not dwell.

Did I mention that I have a two-year plan? 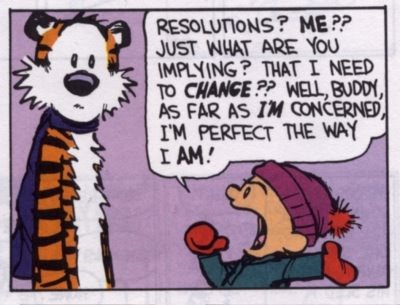 I have a two-year plan.  In the next two years, I intend to change my life.

One of these changes involves giving up red meat.  Almost entirely. (I hope to hell it doesn’t take me two years.)

I know very well that I won’t be able to stop eating it entirely. We’ve already established I like a good steak.  The problem is, steak doesn’t like me.

Every time I enjoy red meat (not a euphemism, boys, I’m gonna try to keep this one clean), I feel awful the next two to three days. Like a meat hangover.

Venison. No hangover, but, I’m not going out of my way to find (or hunt) venison. Besides, do you really think I’d wear cammo? Not likely.

I’m not sure what it is, but red meat  (and pork, now that I think of it) just makes me feel terrible, lethargic, drained, slow.  It always has. It’s difficult to explain the feeling, but I’ve tried so many combinations of diet, food, exercise, vitamins, sleep, etc. in order  to try to pinpoint what it was  that made me feel so unwell out of the blue, and the common thread was always red meat. The physical effect is most noticable when I haven’t had any red meat in quite a while.

As I’ve gotten older, I cook meat of any kind less and less often. The main reason is because I can’t stand the smell of it cooking.  It’s a big part of why I bake more often than saute, sear, or grill.

So, I’m giving up red meat, possibly even all meat.   It’s not even really been a challenge, I haven’t missed it.  Though, if I’m honest, I did have some really great grilled boneless chops on St. Paddy’s day, but hey, leave me alone, I *had* to head to the food, I was dodging a handsy 26 year old.

But back to the point.

I’ve toyed with becoming an experimental vegetarian for years, but haven’t because it really requires an education, I think.   So, while I’m learning, I’m eating fish, chicken, but mostly beans, vegetables, grains… because my body feels best when I eat those things. Before you ask, yes, I’m taking vitamins. Lots of them.

My next few #recipeadventures will probably be vegetarian ones, just for the hell of it.

some of my reading, by LisaTracy.

Don’t be surprised if I throw out a few bits from my research. You’ll have to be patient. I have a feeling this might be like withdrawing from carbs, though it’s unlikely I’ll be as bitchy as when I stopped eating bread and fruit.

Speaking of recipes with no beef, I recently made a really great roasted parsnip soup.  I meant to post this ages ago, but well, my life kinda’ fell into a shit storm. Better late than never.

The recipe came from a 2006 edition of the Seattle Times, Food and Wine section.

I added some sherry to the soup, and I thought it gave it a nice finish. I should probably explain that I burned some of the parsnips (because my dinner guests were an hour early, I got distracted letting them in, and some of the parsnips burned).  I didn’t have the time or the parsnips to start over, so I used even the blackened bits… I was desperate. I had to.  Truthfully, I think the soup would have been a bit boring had I *not* over roasted the parsnips… I added the sherry, and really, it was very , very good.

(lesson: do not be an hour early to a dinner party. Especially when the host texts you to say , “Whatever you do, do not be early.”) 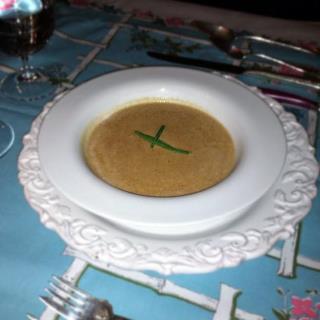 The rest of my two year plan will have to wait for other posts.  Change will come.  I need it to come.  (We all do , though, don’t we?)